I know everyone loves Cartagena. I received so many messages and comments about places to go and how great it is there. But I have to be honest, I didn’t love it. I’ll admit I didn’t give it much of a chance, but let me explain.

Our Airbnb was a nightmare.

First off, our Airbnb was kind of a nightmare. The family was extremely nice. The mom made me a shot sized cup of coffee every morning. The scenario was like that movie “Duplex” with Ben Stiller and Drew Barrymore (if you’ve never seen it, go watch it!) where their landlord is a super cute old lady, super nice but then everything goes wrong.

It was mid 80s, humid, and inside was like 100 degrees or more with no ventilation. We did have a fan which thankfully saved us from severe heat strokes. Everything was open so there were ants, lizards, and lovely mosquitos eating us alive. We bought food to cook, but it was so hot while cooking that it didn’t seem like the money saved was really worth it. Imagine standing in a fire with flies in your face and ants on your toes waiting for your food to cook. The house was similar to a grandparent’s home. You know when grandmas can’t throw out anything. They were hoarders but not quite worthy of being on TLC Hoarders. There were stuffed animals with missing limbs on the couch, mismatched furniture that looked like no one used stuffed in every corner and walkway. They had roughly 150 plastic plates and 2 forks, 30 cutting knives but none were sharp enough to cut anything. They had 15 frying pans but when I tried to cook anything, everything would stick to the pan. I spent 20 minutes scrubbing potatoes off a frying pan.

Okay, there were some good things. Cold showers. This is the only time I have ever thanked the universe for a cold shower. There was also good WiFi, but only if you sit in the flea-infested couches in the living room. WiFi in the room was a bit trickier. We had to hang off the left edge of the bed with a hand in the air in order to send out a text message.

Oh, and the turtles. They were my favorite part. There was a family of 8 or more turtles in the backyard. We fed them vegan treats (leaves) and watched them interact.

The Airbnb was about 30 minutes from the downtown area. We took the local bus which was pretty nice and easy to use. No one bothered us in our neighborhood, but once you get downtown, prepare for war. Everyone is trying to squeeze money out of you. There’s an abundant amount of people trying to sell tours, souvenirs, or just begging for money. People aren’t being nice and asking you where you’re from or if you need help to be friendly, they want your money. Somehow this guy got us to buy a magnet. I’ve never even bought a souvenir magnet before.

The restaurants are double the price of other cities in Colombia but the same quality of food. The streets are filled with tourists and people trying to rip off tourists. It’s a vacation city for Colombians, gringos, and people around the world.

Look, we only stayed for 4 days so I didn’t get the whole experience. This isn’t a tourist guide to Cartagena, it’s a story of our interesting time in Cartagena. We could have extended our stay and found more local places, got our bearings. We missed a lot of “must-see” spots. It’s a beautiful city, everything’s colorful and the ocean is beautiful. It’s a wonderful place for Instagram photos. But, it wasn’t a place for us.

We booked a tour to Playa Blanca to escape the city and check out the famous white sand beach. The sand and ocean were absolutely gorgeous, but tourism is worse than Cartagena. You can’t sit on the sand without paying a fee.

The beach is covered with sun chairs that you have to pay to sit in. There are only about two or three feet of sand you could lay on in front of the ocean forcing you to sit in the chairs. While you’re sitting, people come up to whether you’re awake, asleep, or dead trying to sell you necklaces and mangos. I even saw someone trying to sell a massage to a toddler. Helpful tip: watch out for the massage ladies. Even if you say “no gracias,” they will come up and lather oil on you and start massaging your back. After the 15th time, they finally leave… just in time for the next masseuse to come over.

Once you get into the water, you think you’ve escaped. That’s when the men on jet skis almost run you over trying to sell you a ride. Oh, and men on boats and huge inner tubes yelling about their special promotions just for you. All this would not be an issue, if you came loaded with cash.

I really think I would have loved Cartagena if I came for a week with a couple grand. We could have spent extra to go to a private beach and get massages and drink cocktails on the beach. But it’s not worth it for me. I’d rather spend that couple grand to travel for months and enjoy inexpensive/free activities, volunteer, etc.

On our last day we realized about $100 was missing from our Airbnb room. Around the same time we opened up our take out food and realized our vegetarian fried rice (“sin pollo, sin carne, solo vegetales”) was covered with sliced grocery store bologna lookin’ ham.

There were too many clear signs to get out of the city. After our 4 days in Cartagena, we packed our things and headed to a city nearby called Santa Marta.

What are your thoughts on Cartegena? Did you love it? Hate it? Comment below!

Why Cali, Colombia is one of The Best Cities in the World

LGBTQ+ Travel in Latin America & My Coming Out Story 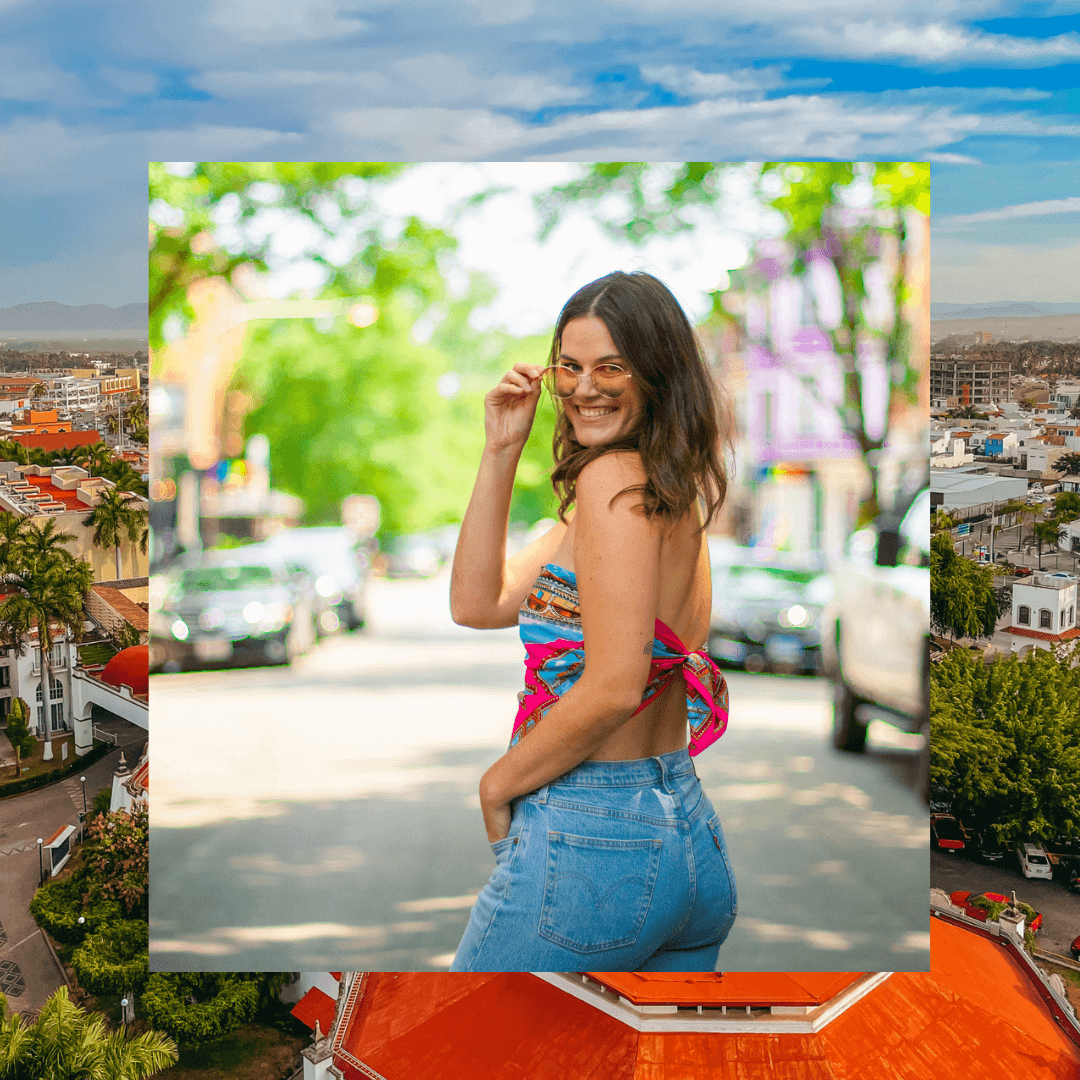 In 2014, I quit my job to solo backpack South America and never went back to "the real world." I fell in love with foreign food and cities, outdoor adventures, soul connections, and most importantly m(queer)yself. Now, I help adventurous LGBTQ+ humans like yourself travel the world and live your best life. Click "About" to read more.

10 Tips for Your First Work Exchange

Expert Guide to Work Exchange: How to Travel for Free

I’m proud of myself for finishing the Camino but